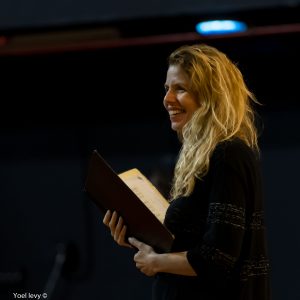 Soprano Yeela Avital is considered the leading specialist for baroque vocal music in Israel. She performed as a soloist in all major music festivals in Israel, and regularly with Barrocade, Israel’s leading early music group, as well as the Early Music festival in York and Cambridge in England, The festival for Early Music in Croatia, and the Mozart Festival in Germany where she won the acclaim of the critics. Her Performance with “Nobile” ensemble in Varazdin, Croatia in 2008 won wide acclaim and received the prize for the best concert performed. Her performance of Purcell’s “Fairy Queen” in 2010 at the Wigmore hall in London was especially noted in the reviews of the performances.

Beyond her rich voice, Yeela is gifted with an outstanding musical talent which brings out the “heart of hearts” of the piece she is performing. Her singing creates a stir in the audience while an “outer being experience” is felt – the true meaning of art at its best. 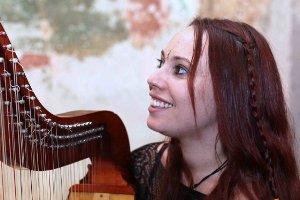 Baroque Harp virtuoso Sarah Ridy has been playing with leading groups such as L’arpeggiatta, Vox Luminis, Scherzi Musicali, Ensemble Responsorium of Craotia, as well as solo recitals, and is currently teaching at the Royal Conservatory in the Hague, Netherlands. 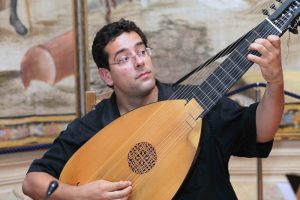 Lute and theorbo player Eitan Hoffer studied baroque violin and lute at the Conservatory in Amsterdam and played with various groups in Israel and in Holland. Since 2006 he plays with Barrocade, Israel’s leading early music group, as one its founding members and from its inception has been part of the the artistic management team of the orchestra.